As part of our ongoing contract with Noble Energy, 3B were tasked with providing the survey needs for the BSDV project on the Tamar platform. This was the start of a significant upgrade programme for the facility, with 3B providing continued input for the foreseable future.

This project required highly accurate and detailed surveys throughout the whole process, and was performed under immense pressure for such a critical procedure. Our team started off by heading over and surveying the critical Tie Points using a total station and also utilising the Laser Scanner to capture the whole area. This information was then used to complete the red line mark ups of all piping isometrics, adding in the deflections & bolt rotations of all tie point flanges to the drawings. The information was also used to design the access platform which was going to be used to float in the new valves and pipework, ensuring that the platform was compatible with the existing structure.

3B then mobilised a team to Houma, Louisiana to work alongside the PES team, assisting them with the fabrication of the spools to the set tolerance of +/- 1mm. During this time in Houma, a mock installation was carried out, where the team assisted in setting up the “offshore position” in a workshop scenario.

After this, a team then mobilised to ATV in Italy and carried out an as-built survey on the finished valves. This information was then sent back to Houma, and the spool work was adjusted to suit the collected data.

Everything was completed on time and in a safe manner, and the client was extremely happy with our input and contribution to the project. We have since been awarded multiple follow-up works for Noble Energy, on the Tamar and Leviathan platforms and associated onshore facilities as they continually upgrade to meet the demands of the domestic market. 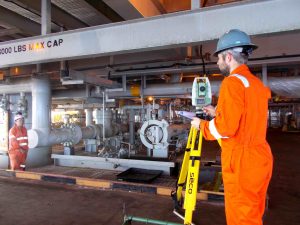 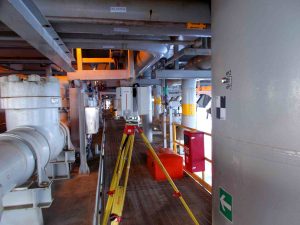 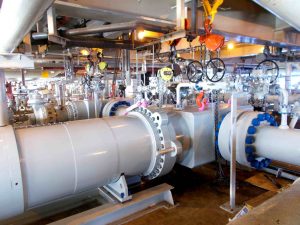