As we celebrate 10 years of operation, we would like to recognise our dedicated staff. Andrew was 3B’s first staff member based in Australia; he started alongside the Managing Director Martin Cooper. Andrew has been a vital member of the company with over 15 years’ experience in the industry. He has witnessed the company’s growth and success over the last 10 years and been instrumental in helping 3B and our clients achieve great results and success. We asked Andrew a few questions about his time with 3B Survey.

Our first project/job was working offshore in the Bass Strait for Esso, carrying out surveys on replacement spools, and then working alongside the fabricators assisting them in achieving the desired dimensions that we captured offshore before the spools were sent back out to be installed.

I’ve worked on many projects throughout the years, but I would have to say one of the best projects I have worked on was the AOT upgrade over in Israel & the offshore projects that followed on from that (BSDV valves), but I haven’t really had a “Bad Project”.

One of the best things has to be the travel, we cover work worldwide, and in my time here I have visited a lot of places that I wouldn’t normally see in a 9 to 5 job, Russia, Africa, Middle East, Korea & Israel to name a few.

We are also a very close company & very open towards each other and we have an open door policy which works very well.

I would like to eventually like to move off the “tools” and more into a management based position within 3B if the opportunity arises. 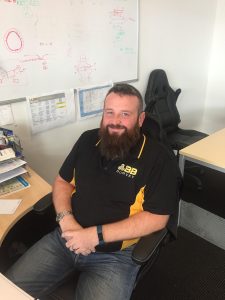 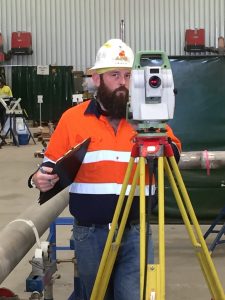